Battle for Mexico circa 3 days ago

Since neither of these work any longer lets stick with a classic:

Are you ready for some football! A Monday night Party!

We got Joe and Jason and Booger? Meh at least it should be a great football game.

After a week hiatus because of horrible games, the Tiz is back with the Game of the Week. A couple of years ago this game would have been a battle of bbq’s in Missouri and a finger licking good time. But since the Rams picked up and left lonely St. Louis footballess again, my plan was to make it a Mexican Monday since the game was being played in Mexico City.

Unfortunately it looks like Trump’s caravan have appeared running around on the field for the last week in the pouring rain in hopes to score points with Trump in his feud with the NFL. Thus, the game has  been moved to LA. The current home of the deadliest wildfire in California history. Almost seems like Mother Nature does not want this game played.  Well it is being played and that is why it’s the GAME OF THE WEEK!

Two of the best football teams in the NFL will meet Monday night and the two feature match-ups are Small Hands Goff and Squeaky Voice MaHomes and two of the NFL’s public enemies Tyreke Hill and Todd Gurley (Gurley a little less severe, all he did was side with the books and against the common people a couple weekends ago no strangulation). Since I am big fan of the quote “do not let the facts get in the way of a good story” I decided to stick with Mexican Monday for this menu. And since the field looks like a big mud pit I picked a tasty earthy meal, that will warm your insides Monday night.

There are a number of varieties of moles and stories of how it was created and origins of the name. You could have red, yellow, green moles, it was either created by nuns or monks, could mean mix or sauce but for this game to match the field I am going with the classic Mole Negro. This dish has been called the National dish of Mexico and is one of the first dishes created in the Americas that is truly inter-continental with ingredients from North America, Europe and Africa. It is a tasty treat and with the traditional red rice dish will keep you wanting for more. To wash this down buy some of your favorite Jarritos soda and a bottle of Mezcal to match the smoky LA scene and enjoy the game.

GAME OF THE WEEK PREDICTION

The Rams practiced in high altitude all week to get ready for the Mexico City game, since the game was moved to LA they no longer have to worry about the altitude. But both teams will have to worry about air quality and since LA has increased its lung capacity this week and because professional athletes usually show up and perform after disasters like the wildfire I am picking the Rams to win in a high scoring affair 48-35. Currently 2-1 in my predictions this is to stay above 500 for the year. #TheStandardistheStandard #EATDRINKSPORTS #SIZZLEBYTIZZLE 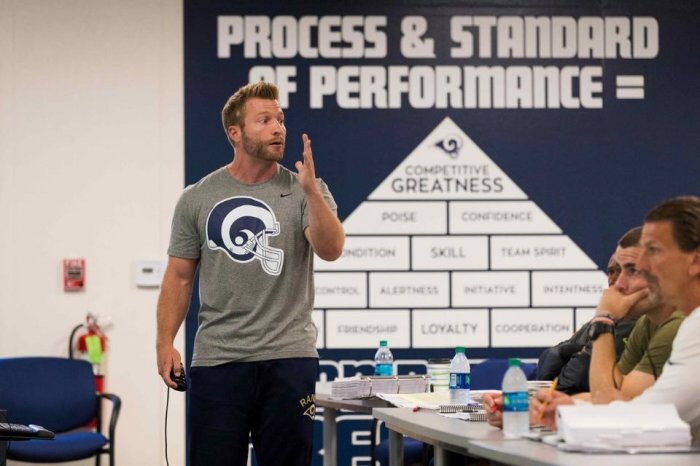