The Han Dynasty is known as the Golden Age in China and if you have ever been to Han Dynasty you know it’s the gold standard of schezuan style Chinese food. I have ordered food from Han Dynasty many times before, it is an awesome place, you can order your food from spice levels 1 through 10. My favorites are the Dan Dan noodles, dumplings in chili oil, and any type of hot pot. It’s a great place to go with a large group so you can try as many things as you want. Han Dynasty was my introduction to non Americanized Chinese food and for that, I thank you Han.

But tonight was a different night, Han brought back an old employee who now runs the food truck South Philly Barbacoa with his wife. The food truck is looking to start a restaurant sometime in the near future when they are able to find the right place. But tonight South Philly Barbacoa took over Han’s private dining room and served all you can eat barbacoa and pancita tacos, Lamb consommé, nopal and onions and favs beans. When I decided to attend this event I was under the impression it was going to be more of a fusion than a takeover, so I was a bit disappointed when I figured out this was not the case, but at that point I thought who cares I’ll make my own fusion dinner and ordered my first of many Tsing Tao’s of the night. 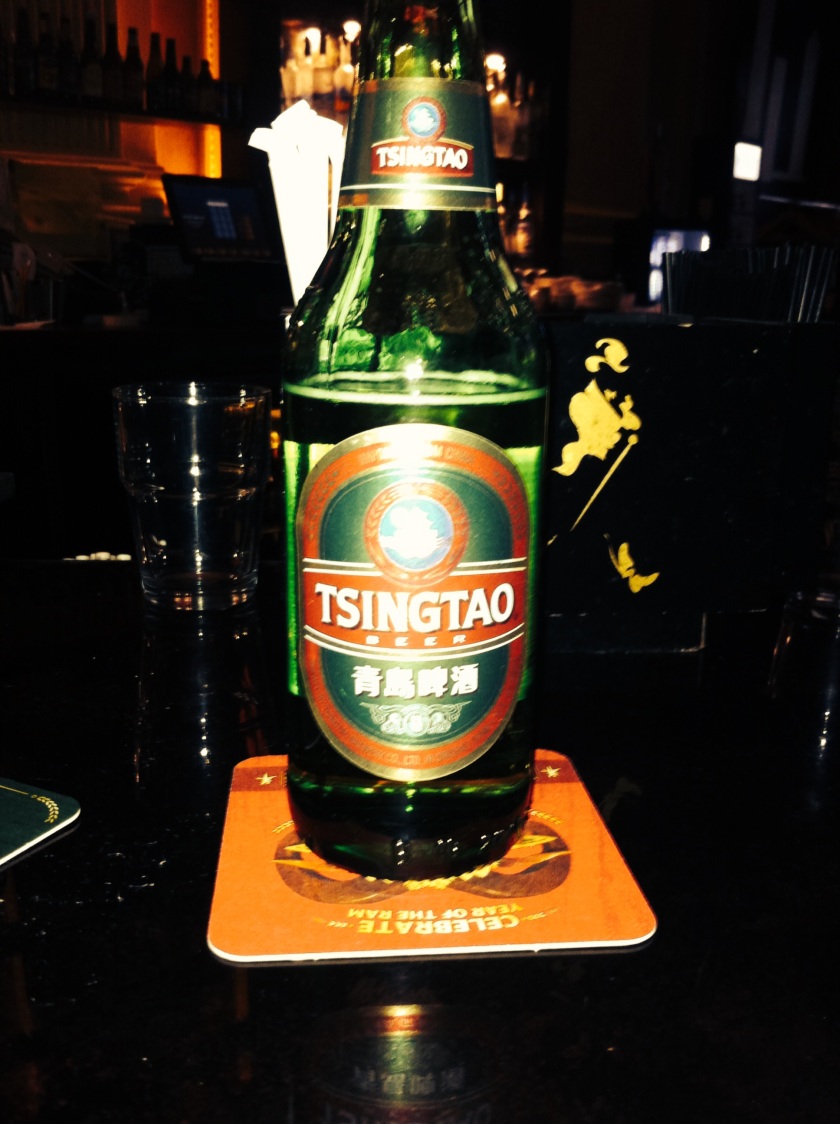 First up came the Lamb consommé , this dish is made out of all the drippings from the 12 hour slow cooked lamb some cilantro, rice and chick peas. It is an absolutely delicious dish, the earthiness and saltiness of the consommé makes you want to lick the bowl clean, while the rice and chick peas give the dish a terrific texture and substance. 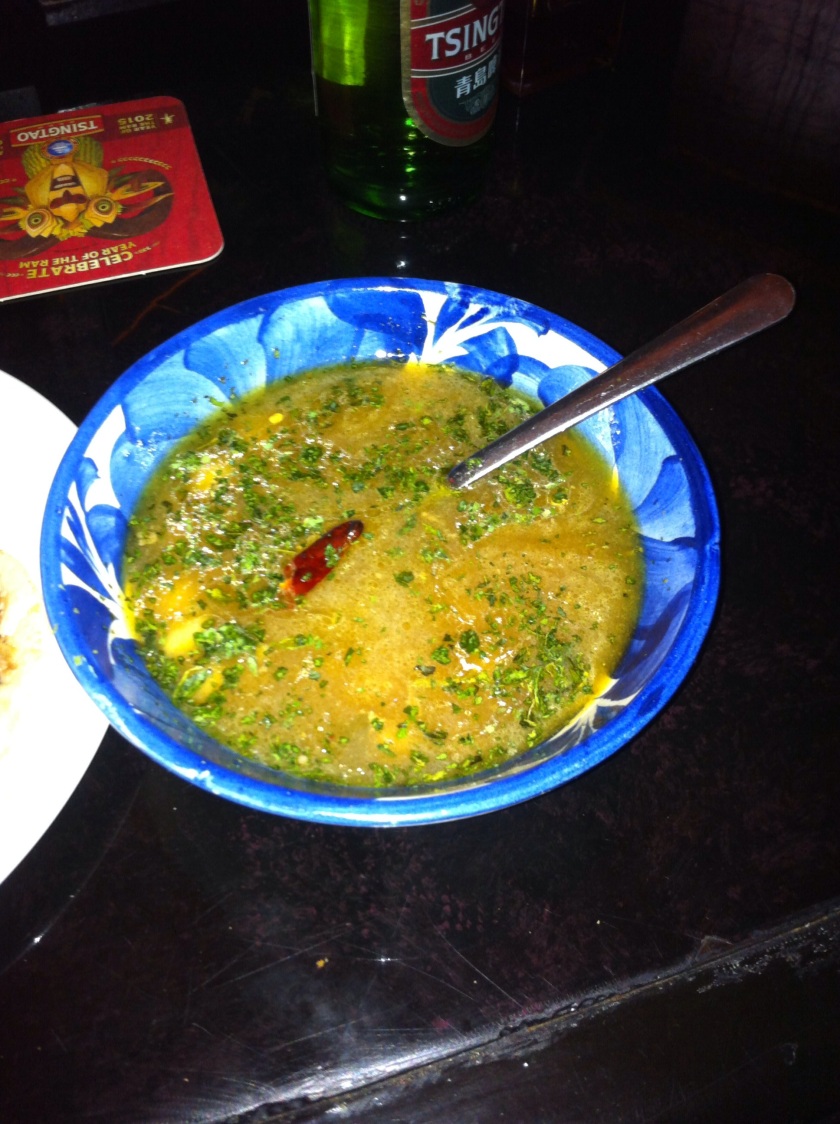 Next up came the all you can eat tacos. I started out with the tacos traditional Mexican style with hot peppers. The slow cooked Barbacoa really brought out all of the flavors of the lamb meat, earthy, salty, spicy and oh so juicy and tender. It was really a mouthwatering dish and not to mention the hot peppers added a nice kick to the taco. After I tried the Barbacoa taco, I figured there was no way the pancita could be better, but to my taste buds I was so wrong. When I got the pancita, I asked Ben Miller (one of the owners with his wife Cristina Martinez) what it was made out of and without hesitation he said “the brains, kidneys, heart and testes, etc.”, all of this offal is stuffed together into the lamb’s stomach with spices and what you get out of it is an absolutely unbelievable tasting sausage. This was no doubt the best taco I ever had in my life and I couldn’t wait to go back for seconds. The pancita had everything I like in a sausage, salty, spicy, garlicky, and just all together deliciousness. Along with the tacos I had a side of nopal and onions. If you have never had this dish it tastes like a sweet sautéed garlic green bean dish with fried onions, it’s a great compliment side dish and even works as the filling in a taco. 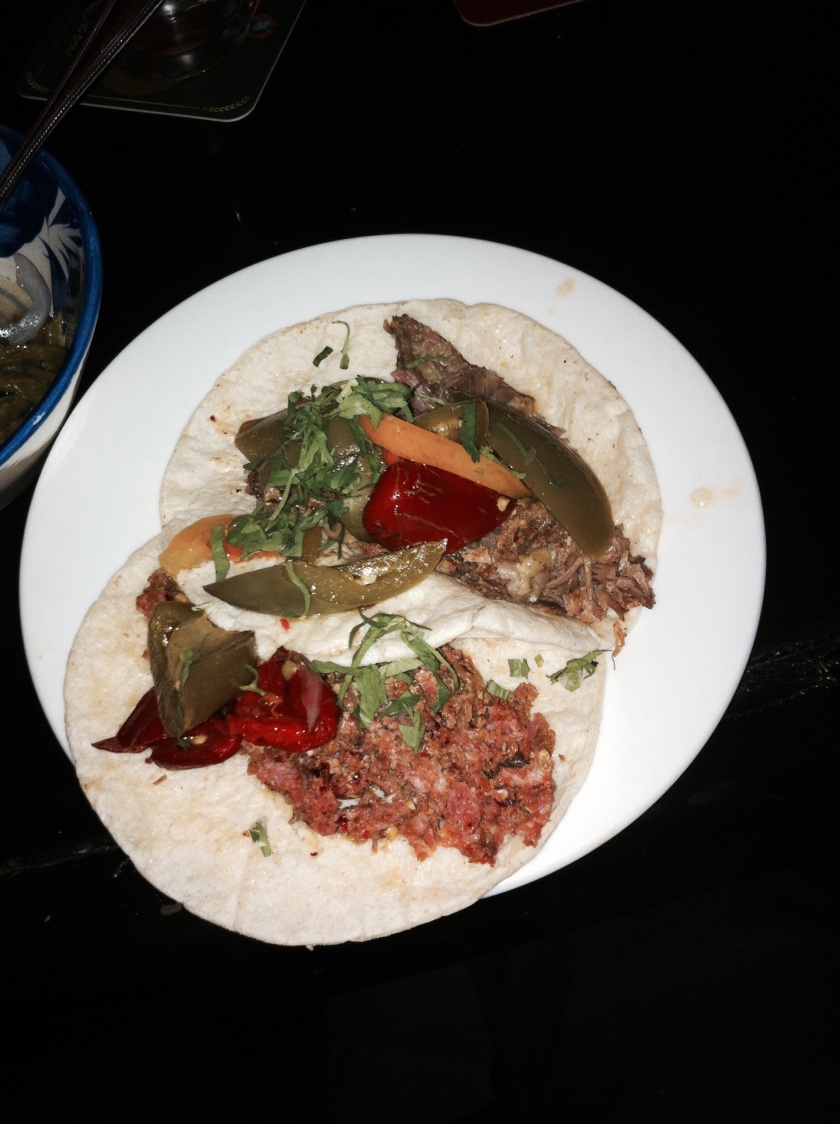 At this point it was time for me to start mixing things up, so I mixed the Barbacoa and Pancita together and added chili oil to the tacos. The mixture gave the tacos a lamb flavored beginning with a beautiful punch of pancita saltiness and spiciness at the end. While the chili oil added an ass kicking to the taste buds after you finished.

Finally after some lamb consommé, 6 tacos, and some nopal and onions I was stuffed full and satisfied beyond belief. I finished my Tsing Tao and got a nip of house tequila to end the night. 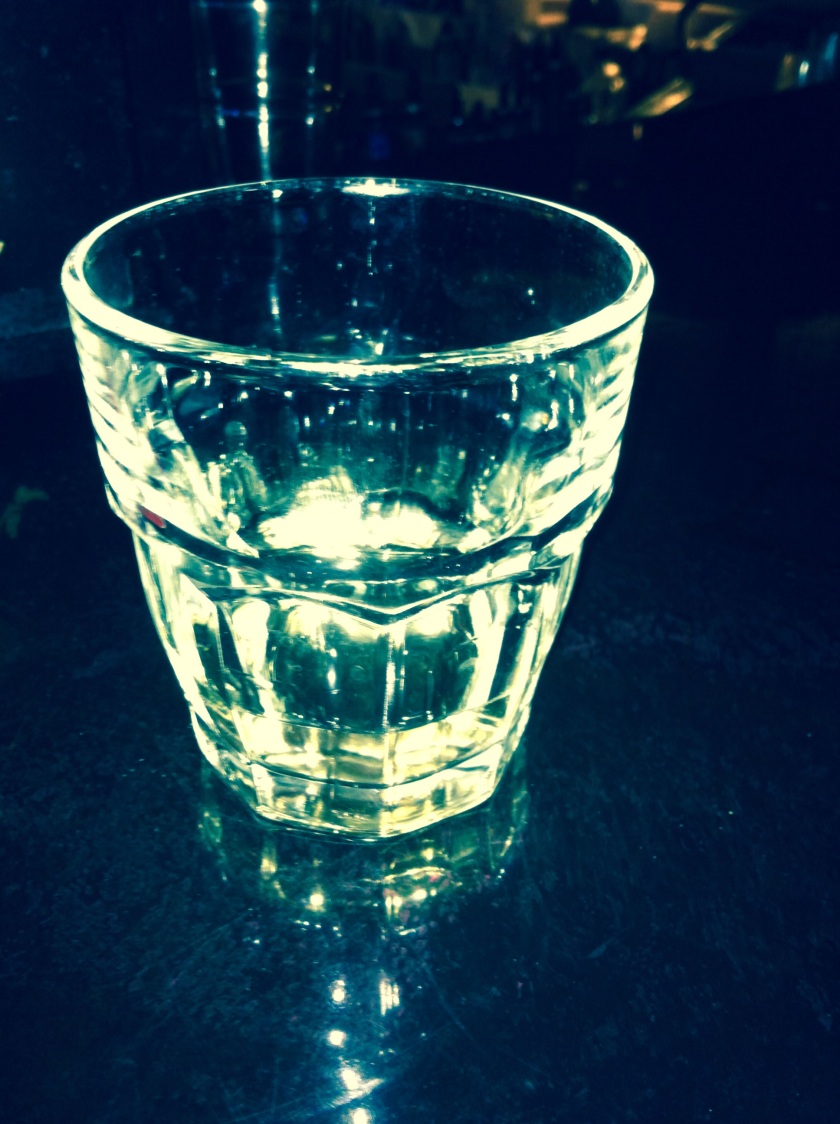 This event was a 4 out of 5 Tizzle experience.

If you are interested in either of these places which I expect you are you can find Han Dynasty, aka HandyNasty, at 123 Chestnut St. and South Philly Barbacoa at 8th and Watkins on Saturday and Sunday mornings.